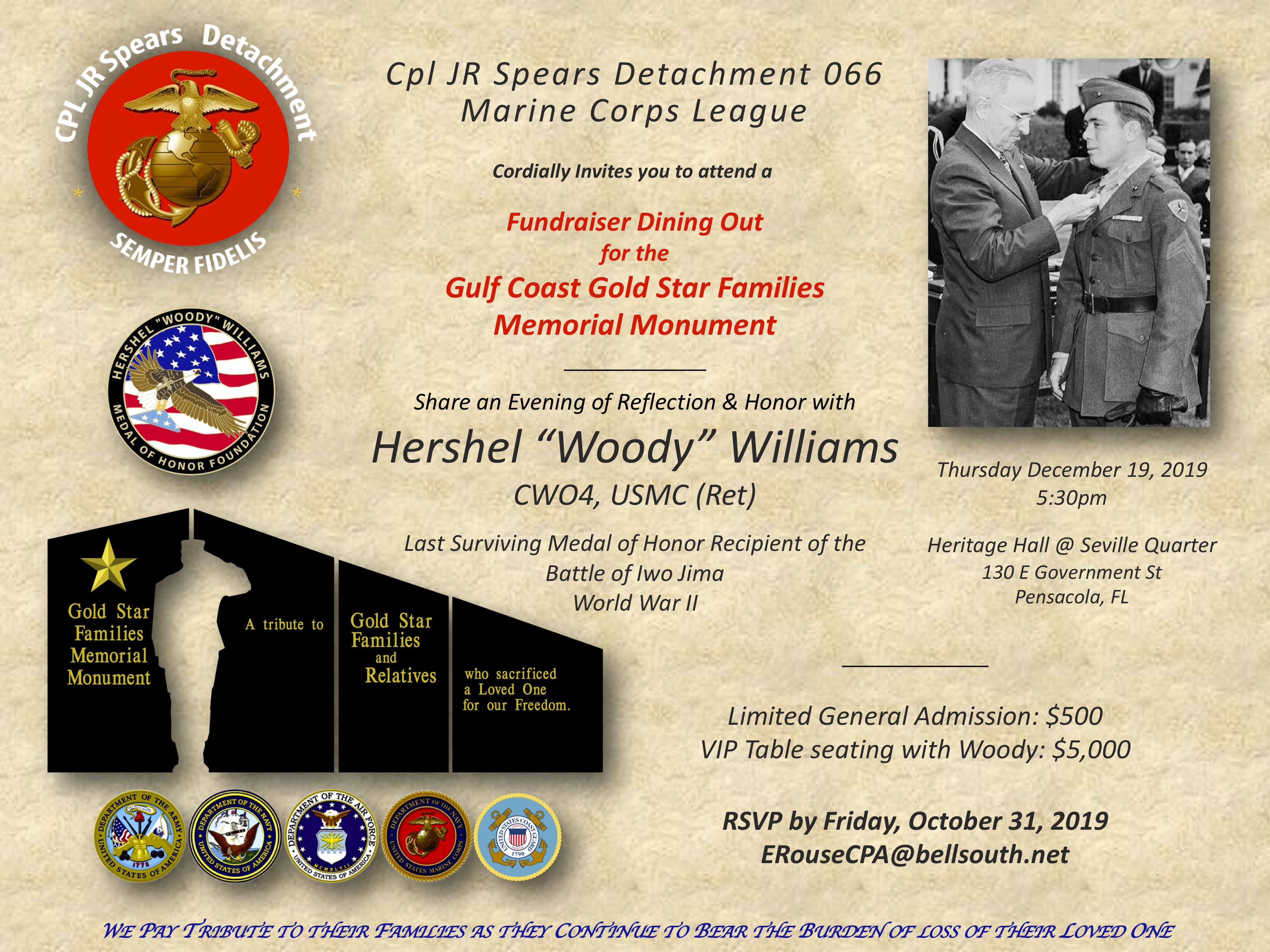 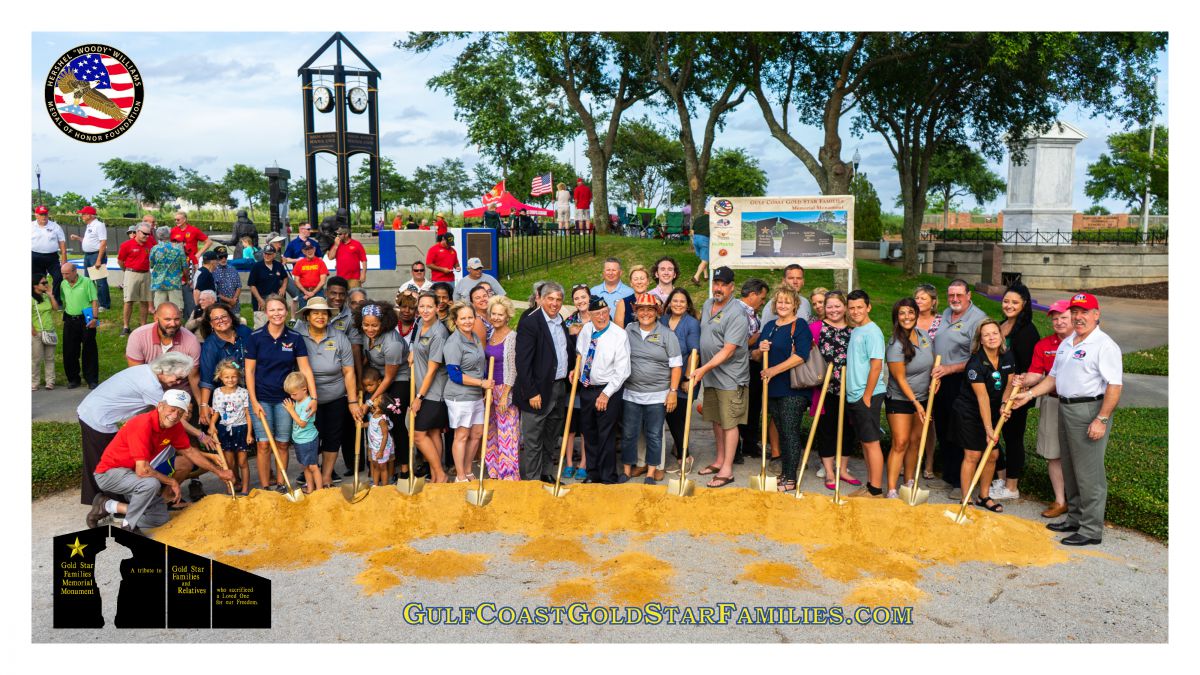 CWO4 Hershel "Woody" Williams, USMC (Ret), last surviving Congressional Medal of Honor recipient of the Battle of Iwo Jima WWI,I inspired the audience with his words of wisdom reflecting all of our deep respect and appreciation for the families of service members who have died as a result of their service to our nation.

We want to thank Pensacola’s Mayor Grover Robinson and the Humana leadership team for spending time with our Gold Star families in commemorating this long overdue effort to pay tribute to their sacrifice.

Also in strong support was the Veterans Memorial Park Foundation of Pensacola’s Board of Directors, the Cpl JR Spears Detachment 066 of the Marine Corps League, active duty service members from our local Navy, Marine Corps, Air Force and Army commands, Mr. Mike Vazzana (bagpiper) and many of our local citizens who are all supportive of the addition of the Gold Star Families Memorial Monument on the Park’s grounds.

The Gulf Coast Gold Star Families committee is planning to raise the necessary $109,000 to bring the monument to fruition.

So please spread the word by visiting us on Facebook and donate any amount by clicking this link.