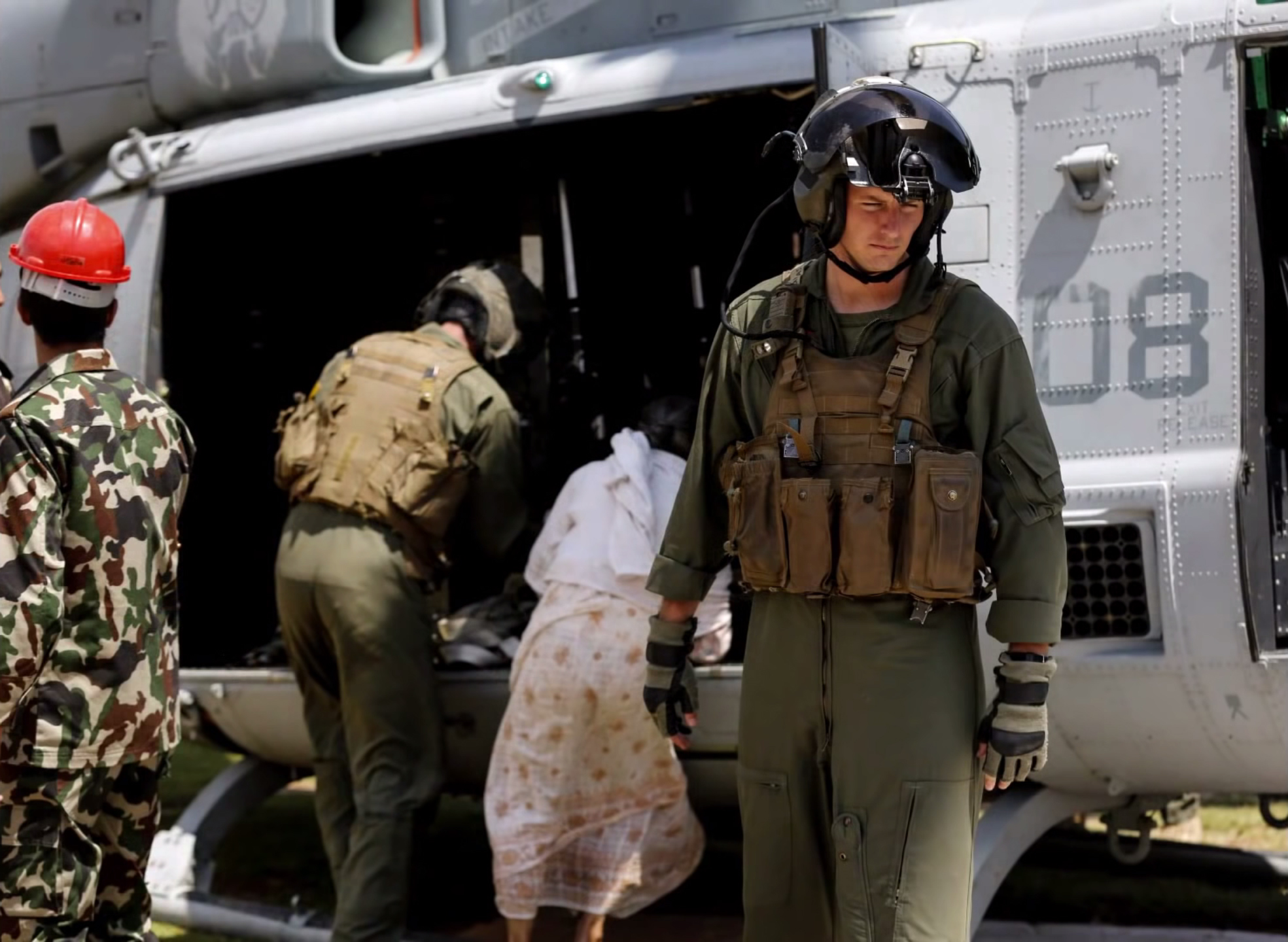 My husband was killed in the line of duty of May 12, 2015 when his helicopter (A UH-1Y Huey) crashed in Nepal during Operation Sahayogi Haat. He was on a mission of mercy, evacuating critically injured Nepalese civilians and delivering supplies to remote areas high in the Himalayan Mountains when they crashed.

Dusty's unit, HMLA-469, was sent to Nepal in support of Joint Task 505 following the major earthquake of 2015. He was able to save thousands of lives in his short time there. 6 US Marines, 2 Nepalese Soldiers, and 5 Nepalese civilians were killed in the crash with him. Dusty deployed in November of 2014, and that was the last time I would see him face-to-face. He was finishing up a 7 month deployment when the crash happened.

Our daughter was two months shy of her 2nd birthday when my husband was killed. I was 36 weeks pregnant with our son. We were living in CA at the time, as my husband was stationed at Camp Pendleton. We had been there for 5 years. Dusty loved being a dad. He loved to read to our daughter. He sent us a video while he was deployed reading the book "Barnyard Dance" by Sandra Boynton.

I am so thankful we have that video. Dusty was also an avid reader himself. He was working on his Master's degree online through the University of Nebraska when he was killed. They awarded the degree to him posthumously. That was a proud moment for myself, when a group of his professors met with me to present the degree to me. Dusty was incredibly intelligent and an excellent pilot.

He loved to fly. He wanted to teach his children to fly one day. His home state was Nebraska and he had a fierce loyalty to his farming roots and small town upbringing. Dusty's favorite things were his family, going to church, flying, reading, political science, gardening, farming, and hunting quail. We miss him dearly.